A downloadable game for Windows

A game made for the week-long MFGG Fangame Jam,  with post-Jam patches for some bugs and a new sidequest. After the events of Majora's Mask, Link journeys into the outskirts of Hyrule and stumbles upon the Peahat Pub, where he finds out the residents have been stuck in a rain storm for the past 2,000 days. 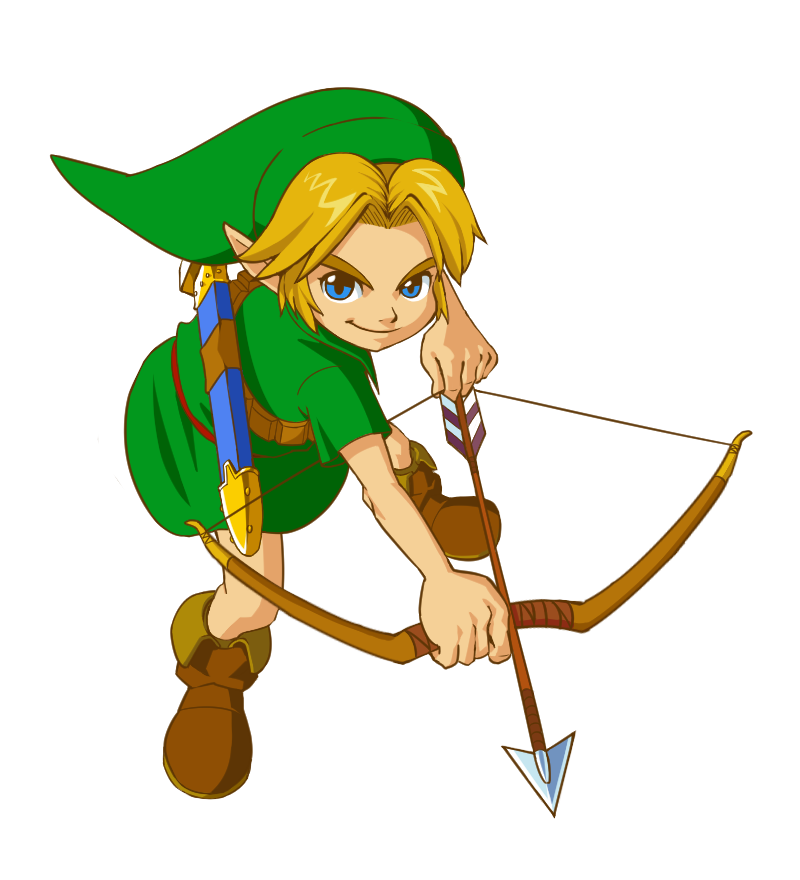 Excellent game. I really enjoyed this. I'm not really at Zelda fan but this keept me entertain though the entire game. I recommend playing this.

I made a video of this game, if someone is interested

Very charming artstyle, and good music choices, but I have a few gripes with how the game controls. Having very notable velocity in the movement is a bit odd, since pretty much every 2D Zelda lacks or has very minimal movement velocity. Not being able to change directions in a sword swing by hitting the button again is also really frustrating, since every Zelda game except LTTP allows you to do so.  Button placement is a bit odd, I feel ZXC would've worked better so you rest all your fingers on the buttons, and not being able to cancel out of the bow did lead to a death. Overall a fine experience, but with some issues.

My full playthrough on this game:

Or probably not enough water.

Short and sweet, the art is really nice. however the game has a handful of errors and crashes. but it was really epic.

Awesome little gem! Everything is extremely well done and tight for a game made in one week! Truly mind blowing :D

Very nice work and dedication to the original works. However, there are bugs that I'd like to mention.

Attempting to leave the bow dungeon can result in a fatal error. Entering has caused the program to hang as well.

You can throw held items during a screen transition (such as when leaving the grave sub-area), and you won't be holding it afterwards.

The Stalfos enemies may take no knockback from sword slashes.

Holding spin attack drops Link's speed to far below what it was in A Link to the Past, which is what I assume the move is based off of. In addition, the spin attack originally created a hitbox around Link, not just around his sword.

Because recovering from falling down a pit does not seem to grant invincibility frames, you can be repeatedly knocked into the same pit by an enemy without having a chance to escape, since you would respawn on top of the enemy in question.

The shopkeeper who sells Heart Containers and Bombs mistakenly calls the player "link" instead of "Link".

Fired projectiles from Deku Scrubs can travel through screen transitions.

Nevertheless, this is very nice, and I hope to see this game grow!

Cute pixel art, some bugs with the orb in the beginning and enemies in the dungeon are a bit boring to attack. (no moving for some of them)

Some minor glitches (odd door clipping mostly), but a really good 20 minutes or so of Zelda gameplay.

I hope Nintendo will not delete this game !

Please keep working on this, it's really good so far. The main issues Ive noticed so far is no music in the bar or way to make the game fullscreen. I'd also include a way to adjust volume or option menu in general where you could also close the game instead of having to hard close it

Thank you for a nice ride! I've had a lot of fun. Loved the graphical style and animations + pretty nice side-quest. Overall - your work is amazing!

The only issue I've had - the game was running in a small window for some reason. But it was as playing on the GameBoy, so I completed it anyway:)

how u select on the menu screen 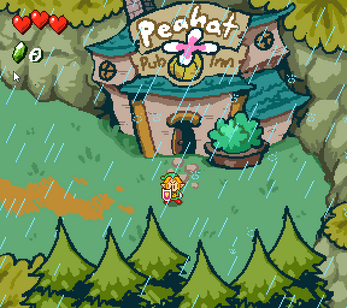 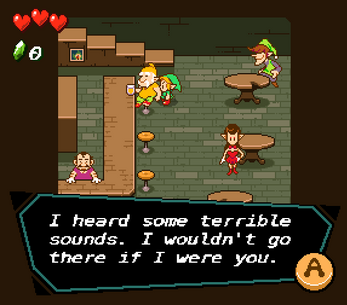 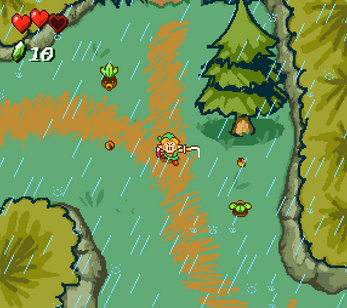 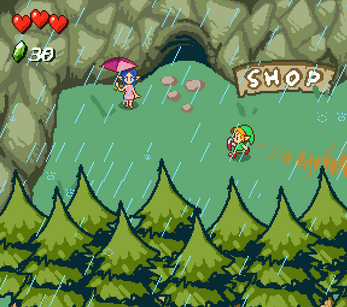